Our quest to produce super-babies 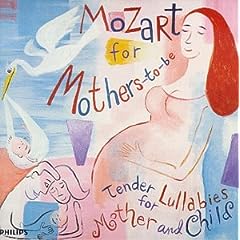 While globalization has apparently opened up numerous opportunities for all, our young mothers and fathers are not convinced. They foresee the coming back of the Great Depression, when only a handful of the very best will be able to live a life of plenty. Sure of the coming crisis, our young parents are doing all that they can to give that extra edge to their offspring. There is indeed some scientific evidence that shows much of human brain development happens when he is between 6 months to two years old, parents are not taking any chances and deploying any measure they come to hear of to enhance the intelligence of their offspring right from the time they become aware of pregnancy.

After Don Campbell’s book on the Mozart Effect for children (that suggests based on disputed results that listening to Mozart enhances intelligence), pregnant mothers in Indian cities are repeatedly listening to Mozart to make up for their wasted years of listening to Bappi Lahiri, Madonna, and Himesh songs. Those ignoramuses still unaware of Mozart do with continuous listening of Gayatri Mantra while pregnant, which they firmly believe is a solution for everything: from AIDS to intelligence.

Strange names like DHA, ARA are being displayed in huge fonts on baby feed with claims to enhance intelligence. These fatty acids which are only found in non-vegetarian diet have forced many Indian mothers to turn non-vegetarian. In fact, as pregnant women worldwide voraciously consume fish to get DHA, the global stock of fish is facing serious threats.

Huge corporations have come up to catch up on this trend. Baby Einstein, a series of multi-media products from Disney, aims to promote learning activities in kids who are 6 months to 3 years old. This is despite the of Pediatrics' recommendation that children under 2 should not watch television.

So what’s next for our ever anxious parents? Soon, audio visual products may be directly implanted in the uterus of pregnant women. Couples trying to have children may take to copulating only on supposedly auspicious days. Children, who can crawl, may be put inside portable and re-designable mazes with food at one end, every time they cry for food, to enhance their spatial intelligence. And products would soon appear which promise to not just enhance intelligence but also ensure that kids don’t suffer from impotency when they grow old. But what would happen to those parents who can't afford Baby Einstein videos or Mozart for Preggo CDs?

Of course, the question whether such things work will always remain. For instance, my mother had voraciously read several religious books including the Koran and the Bible before my birth. Because of that or not, I have been a staunch atheist since I was 6 years old. And for all the parent’s efforts to enhance intelligence, it is very likely that the next generation will spend most of their time fornicating virtually in Second Life. But most parents are likely to stick to precautionary principle (in lines with Pascal’s wager) to do all that they hear.

Could there be pitfalls? An extreme vision is that of Pascal Bruckner, who in his novel, The Divine Child, constructs a situation where a mother does all she can; including hearing on audio, scientific papers, and world history; during pregnancy. The child inside becomes so intelligent that he refuses to come out of the comforts of the womb, afraid of the horrors awaiting him in the world outside.

P.S: Please read my post on the plight of pre-teens in .