Monarchs having their "Best week ever" 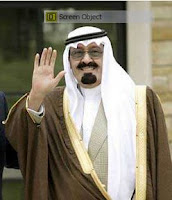 With the queen of the British, Elizabeth, being given a “sparkling” ceremony by the White House, one can argue that the monarchs are having their “Best Week Ever” since the Russian Revolution. What glory, what honor, and what money were showered during the six day visit of to US to commemorate 400 years of imperialism. On the other hand, with oil prices again on the rise, the Sheikhs and Emirs of the and their nephews and nieces are back on a roll. The eighty-two year old Prince Abdullah of keeps looking younger day by day. The rest of the world hesitantly asks of reforms from them as part of the annual lip-service ceremony; the Emirs generously oblige by installing one more air-conditioner in the dubious elected bodies they have set up. A few weeks back, had a pilot election that helped to convince the Bhutanese that monarchy offers a much simpler life (not having to stand in a queue to vote). And for the Thai king, every week is the “best week ever”; this week sued Youtube for storing videos offending to the king. Also this week, the royal cows of displayed the power of the monarchy by refusing to eat during the annual festival, throwing the nation into a pall of gloom as this is taken to be a sign for bad rains. The only sad monarch in the world would be the one in , always anxious when a Maoist might come in at night and raise the sickle on him.

Yes, monarchs have lingered on. has come to believe that monarchs are essential to promote tourism and provide employment to paparazzi. But why didn’t the Europeans then go for a National Lottery or an American Idol like competition to select the monarchs, instead of the hereditary sham that exists? Tourists would have still taken snaps of the and the paparazzi would have got more sassy stories from such selected monarchs who would have been less on guard.

But may be deep in our hearts, most of us crave for inherited bondage and slavery. Even the communists who removed one monarch after another (, , , ) fall prey to our craving to lionize a family as is evident through the case of the North Korean ruling family. At home, we Indians keep sending the kings and princes to our legislative houses. Rahul Gandhi is clearly emerging as the big shot of the ruling party as heir to the monarchic Gandhi family. Even during the heady days of , we decided not to conduct plebiscites in the princely states on whether they want to join or not, and rather took the whims of monarchs as its basis. And those glitzy palaces, built on tax money, revamped as hotels charging foreign tourists upwards of $500 per night, fill the coffers of those born from that lucky sperm and egg. Now, what would Cromwell have to say to that?