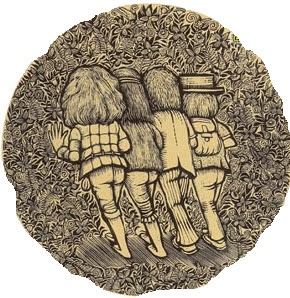 This year is the fiftieth year since Jack Kerouac’s “On the road” was published. I first read “On the road” when I was sixteen and found it of little appeal. The book is probably rightly considered by many to be nothing more than a ramble (as Truman Capote said, “That's not writing, that's typing”). I had read much better fiction and at times the book can be arduous for a non-American.

The blurb of my book had a quote from Kerouac’s fellow beatnik, William Burroughs, “The alienation, the restlessness, the dissatisfaction were already there waiting when Kerouac pointed out the road”. And when I read “On the road” for the second time, when I was working and financially well placed, I fell for it completely. After a few pages, Kerouac got me ‘alienated’, ‘restless’, and ‘dissatisfied’; and I am not sure if those feelings have vanished five years after I had read it the second time. I made countless plans to hit the roads in on a shoestring budget, looking out for bullock carts and trucks for transportation, seeking out unknown villages, and sleeping below trees; but never dared to take the leap. The closest I came to the idea of “On the road’ were during backpacking trips at , and . And still, the memories of bunk beds, rats in 6 feet by 10 feet hostel bed room, common toilets with no doors, sleeping in railway stations, buses that come back half way through its journey, are the most cherished that I have. And when I spent a few months in , reading Kerouac’s fellow beatnik, Allen Ginsberg’s “Howl”, at the City Lights Book Store (one so associated with Kerouac) felt like a trip to a different time period.

The whole pointlessness of the journey in “On the road” seems to be the point of it all. The book made me believe that the best way to spend the arduous time between a pointless birth and a much delayed death is to travel, to seek out the new and the unexpected. The book makes you want to seek out and relish cultural differences, to appreciate the lives of the poor and the unfortunate, and to shun material pleasures and its homogeneity and tediousness (don’t all hotels, airport shops, snazzy restaurants all feel the same?). And Neal Cassidy’s (Dean Moriarty) philosophy of living just for the moment will always remain an aspiration for most of us.

In terms of its impact on society, it probably rates in the league of “Uncle Tom’s Cabin”. However, towards the later half of his life, Kerouac felt extremely disillusioned by the excesses of the beat generation attributed to his book. The beat and the hippie movement brought about an uproar and then died without leaving a trace. “On the road” has been replaced by “Seven habits of highly effective people”, the “stream of consciousness” typing has been replaced by repeated bludgeoning by business phrases such as “Pro-active” and “Core Competency”. After all, the road itself has been replaced by expressways where asking for a joyride almost certainly means death.

Shivaji, lovely post. especialy the last few lines... so true. being "on the road" no longer means what it used to - or what it ought to...

Charu:
Great to hear from you after so long. Believe you have been "on the road" quite often last few years.
I also love this critique of "On the road", "the fabled road of the title that had promised so much but, in the end, delivered so little."

yeah, it *has* been a long time - damn feed readers - I just read posts and rarely click into the blogs. I truly hate it.