Is it possible and desirable to be immortal? 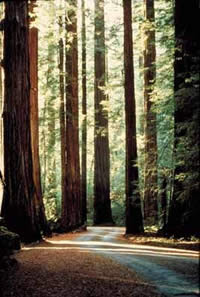 Aging and death can be explained as evolutionary necessities to eliminate competition for resources from elements in a species that have already reproduced. However, in this world of genetically modified food, this need not be a constraint. Also in the last century, while average life span increased significantly owing to better healthcare, the maximum potential lifespan has hardly increased. However, mythologies apart, and tricks of Countess Bathory apart; we now have a much enhanced understanding of the factors affecting aging and death with several possible correlating/ causing factors being uncovered over the past few decades.

First being the length of structures within a cell chromosome called telomeres. The longer the father’s telomere, the greater the chances of a long life for his children. Second being the perennial culprit: diet. Several studies have proven that a frugal diet can slow down aging while extending lifespan because of a lower rate of metabolism together with lesser presence of free radicals arising out of a below-requirement diet. Certain cave dwelling organisms such as crayfish that eat and live slow can live up to 175 years (National Geographic).

The third could be to have children later in life. This is not a scientific theory and purely my hypothesis. Having children late is a risky process with potential adverse impact for both mother and the child (Down’s syndrome). However, consider an experiment over several generations where in a controlled population; people are barred from having children before a certain age that borders around menopause. And this age bar can be gradually increased. Over generations, evolutionary processes may be able to result in mutations that delay menopause while overcoming any side effects of late pregnancy. Late menopause without side effects of late pregnancy for a species could also result in increased life span courtesy the grandmother effect.

Combine this with a controlled diet and selecting fathers with long telomeres, it may just be possible for human beings to increase life span very gradually over generations. But will that be desirable? Immortality will make human life too precious to be eliminated through inorganic environmental factors such as wars, crime or pollution. As such, several problems such as global warming will receive immediate attention. Pre-emptive attacks and collateral damage will invite much severe criticism making rogue nations think twice before acting bold. Long life with late parenthood might also provide the poor to overcome generational shortcomings and endow their progeny with greater chance of competing in meritocracies. All the same, one might also ask whether it will result in other problems. Imagine an overzealous pope being alive for 200 years. Imagine current feudal social structures in rural being alive for many more years.

The prodigious Marxist poet Sukanta Bhattacharya had written in his famous Bengali poem “Passport” that a child is born crying because it is appalled at the injustices of the world it is born in. Will immortality help remove those? Will children ever be born without tears in their eyes?

Email ThisBlogThis!Share to TwitterShare to FacebookShare to Pinterest
Labels: science