40 years after Che’s execution, the debate continues on why Che’s image has remained so widespread and enduring. The global intellect is yet to resolve why despite Che’s immense failures in Congo and Bolivia, and Guevarism being rejected by several leftist movements for being adventurist and insular in nature, school going adults still relish in enhancing their rebellious image by donning a Che t-shirt. And the moment one wears the t-shirt, by some miracle, he or she becomes familiar with concepts such as surplus value of labour, cultural hegemony, inevitability of history, and Protracted People’s war.

There are probably no t-shirts with images of people such as Gabriel Peri (), Karl Liebknecht (), Abimael Guzmán () or Alexandros Panagoulis (). Even in , where the general population is largely insulated from external developments, images of Che are better recognized than that of Charu Mazumdar, Kanu Sanyal or Safdar Hashmi. Is it all because these people didn’t have a good photo like Che had? Parents, take note.

So who’s next? I had big bets on Ricky Martin, but he has faded away fast. And with EZLN () gradually fading from the global left’s consciousness, there is little chance for the once super-star Subcomandante Marcos. My bet now is on the newest face for Louis Vuitton, Mikhail Gorbachev.

Anyways, much has been written on this topic. So I thought I would rather post some of the more interesting interpretations of Korda’s picture of Che. Also check out the site of Center for the Study of Political Graphics. 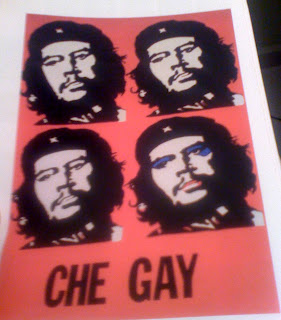 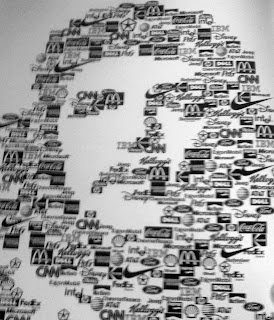 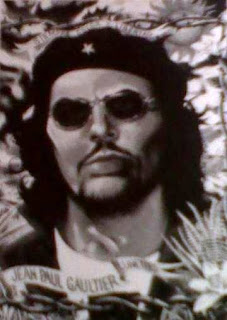 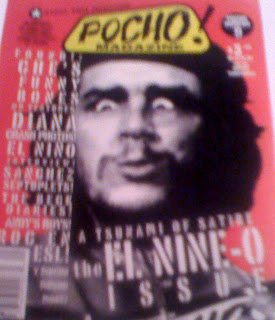 Ruralzing is my venture, please feel free to give any feedbacks and suggestions...:-)

Shanx said...
This comment has been removed by the author.
7:02 AM

I'd contend that a healthy number of youngsters who don the universal tee don't have the foggiest clue about Che's history, his madman rioting, his murderous antics. The image is popular because the idea of disheveled hair, the long beard, and the baffled devil-may-care look in a cap all sum up to a feeling of miscued rebellion usually associated with youth. It's not about Che the man but Che the symbol of ignorant, convenient battles of adolescence.