The Russian art of film making 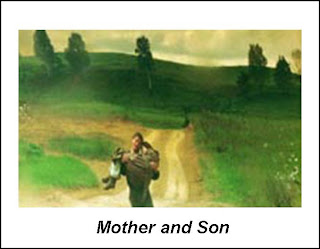 The first Russian movie I watched was Eisenstein’s Battleship Potemkin as part of an arts course at college. Although our professor made much of the iconic “Steps of Odessa”, the students agreed that the film was a poor substitute for the Charlie Chaplin comedies. Like Russian food, Russian films had never been popular in . (Believe me, Samovar restaurant in Mumbai is far from being Russian). Why that comes as a surprise is because many of my generation in were reared on an overdose of things Russian (or say of the ); Russian books, Russian festivals, Russian vaudeville and Russian circus. But Mosfilm was never a household name unlike the publishers such as Vostok, Mir and Raduga or Moscow State Circus.

One reason could be that, freed from commercial pressures, many Russian filmmakers (especially the later ones) sought to create that ultimate film, a film that goes way beyond our idea of a source of instant gratification that goes best with a large popcorn serving. Russian filmmakers sought to create art that was parallel to what was achieved by Saul Bellow, Garcia Marquez, Juan Miro or Henry Moore in their respective fields. But of course, few people associate feature films with a longer life and greater purpose than its ticket stub.

The early masters of Russian cinema; Eisenstein and Pudovkin, were mainly focused on making propaganda movies but are the most famous in the western world for their use of montage. Though their movies had a crude feel about them, both Battleship Potemkin (Eisenstein), The End of St Petersburg (Pudovkin) and Mother (Pudovkin) are arguably the best propaganda movies ever made (together with Leni Riefenstahl's Triump of Will) . One can argue that anyone who has seen these movies and Fritzlang’s Metropolis will need to have a fairly good reason for not having become a communist after watching these melodramatic masterpieces.

Once the silent period was over and the went easy on propaganda post Stalin, Russian filmmakers became more experimental. My personal favorites of this period are Mikhail Kalatozov and Andrei Tarkovsky. While Kalatozov is more famous for his melodramatic The Cranes are flying about how the life of a woman is affected during war, his I am Cuba, though a propaganda film about life in pre-Castro Cuba, is a wonderful work with very long shots and beautiful panoramic images in black and white. And then there is Tarkovsky, who would have won a Nobel if there was one such award for filmmaking.

Tarkovsky’s early works are cute emotion filled “decent” films such as The Steamroller and the Violin, a film about a friendship between an operator of steamroller and a boy that is made difficult by class realities. It is his later works such as Solaris and Stalker that set him apart from any other director. While both Solaris and Stalker are seemingly sci-fi movies, they have little to with sci-fi and deal rather elegantly with man’s psychological dilemmas. In Solaris, a psychologist has to confront his conflicting emotions when he is sent to an awkward space station where memories from past come back to life in flesh and blood because of a strange magnetic field. In Stalker, my favorite film, a tour guide takes people to the Zone, where something mysterious and alien had happened once. Once he takes a scientist and an author along for such a trip and the movie is all about the perspectives each has about life. The Stalker keeps stressing on a man’s need to believe something, the scientist reveals his need for personal glory and revenge, while the author constantly expresses cynicism on all aspects of life, science, geometry while hating the stalker and his faith for its hypocrisy. The Zone, after all is probably nothing more than the Stalker’s imagination. With few but beautiful dialogues with long pauses between them, beautiful images of natural landscapes and great background score, Stalker is as good as the best modern novel one would have read.

Tarkovsky’s dreamy images and constant exploration of the mind in his movies had inspired many filmmakers such as another great Parajanov (Shadows of Our Ancestors, The Color of Pomegranates) who tried to make an artwork out of every shot. With the fall of , Russian filmmaking also declined in stature, only to be kept alive in international film festivals by Alexander Sokurov. Sokurov has arguably perfected the art of blending painting and filmmaking. His Russian Ark is a dreamy piece of an ambassador going through different times in Russian history, all enacted through one single unedited shot. His Mother and Son is a film where one can easily mistake an outdoor scene for a work by Monet or Van Gogh and any indoor scene for a work by Caravaggio. The tragic film based on a few hours in the daily life of a bedridden mother and her caring son makes the audience almost unaware and ignorant of the tragedy of the pair purely through the beauty of the images in the film.

Though they were frequently at odds with censor boards for diverting from the idea of social realism, the dreamy works of Tarkovsky, Parajanov and Sokurov have shown how different and majestic films could be from popular notions about films. Only if they were to have been more popular in lands where supposedly everyone was free.

Email ThisBlogThis!Share to TwitterShare to FacebookShare to Pinterest
Labels: Arts

this blog is truly an alternative blog for writing things that are unusual.

you have marketed the russian cinema very well. after watching the stalker, i have a realization - in the land of the free, the freedom is contained in economics, and people are living in accordance with that, while in the land of the not free as was the case, people make things in line with their passions, they make a living with what they do best, and hence they make such extraordinary work (: