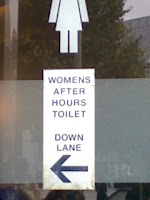 The trip to was for business and I knew that I could only make best of whatever time I had between meetings. All the same, since my most recent trips had been to countries like , and ; this time around I was certain that I wouldn’t have to bother much about the quality of toilets. I couldn’t go to the main touristy places in like , the One tree hill or the Whanganui river. As such, my touristy experiences were limited to the neighborhoods of , and . The university town of Dunedin is surrounded by gentle hills covered by short golden colored grass being grazed upon by sheep and cows, while Wellington is a beautiful city with a somewhat San Francisco like feel with winding roads and luscious hills, surrounded by the azure sea. and have amazing botanical gardens with fascinating collection of roses and native trees. The gentle meanders through the garden city of providing photo opportunities every ten steps or so. Nearby, the Gondola offers fascinating views of the plains, the snow covered and a volcanic crater.

As for the people of New Zealand, I got a feeling that the place is filled with a disproportionate number of bleeding hurt lefties as most of the locals I came across had a global perspective, hated Israel, and loathed George Bush. There is also a pervading sense of humility of being an almost insignificant entity in global scheme of things with its mere 4 million people many time zones away from most centers of global attention.

The Maoris have apparently done better than native populations in other colonized places and I wonder when a colonizing regime becomes legitimate: after it has completely driven the natives out of public consciousness (tribal people in India), glorifies them as tourist attractions (Tahiti or New Zealand), when they have been rendered a symbolic apology thrice (Australia), or when the natives have finally avenged themselves (Zimbabwe)?

Despite being a left of centre country, is considered more religious than either or and at the magnificent Cathedral at , a robed priest asks all visitors including me if I would prefer to know more about Anglican Christianity. After refusing him, I stealthily take pictures of the donation boxes asking for gold coins or $5 in return for praying for peace. But we all know that peace never comes for cheap, may be they should raise the suggested donation amount. The most enthusiastic people at the cathedral are a large group of Korean visitors, a group of over thirty teens taking pictures wildly and hugging the priests around. I can understand the general enthusiasm of young Koreans for Christianity (they send the most missionaries abroad after the ). After all, it must be a delight for them to have escaped being named Ban Ki Moon and be called Alex or Peter instead. But people in in general seem nice and friendly; the receptionist of a nearby hotel gladly lends me a power adapter and taxi divers and bus drivers seem rather jovial.

Finally, a few words about public toilets in , there is certainly something strange about them. At I come across sign boards saying “After hours toilet for Ladies” and at airport, a female voice from a speaker keeps on giving loud directions about opening and closing the doors in the toilets for disabled people once you have gone inside. After you have done what you had gone to do, the voice remarks rather jauntily, “Please come again”!!!!!