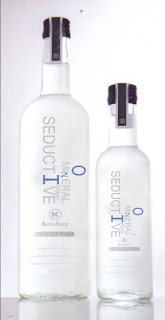 Last year the media in eulogized La Perla’s launch of its lingerie in with bras costing $100 (Rs 4000). With bras like these, the feminist movement is sure to see the final nail in its coffin in . After all, which woman will do that oh so symbolic “bra-burning” with these Rs 4000 masterpieces? As such, the middle class has rather defined feminism as being able to boss over female maids at homes.

Indeed, the middle class in has left behind the days of stitching up the hole in their shirt and of washing and drying their clothes by themselves. They have replaced their dependence on street food by discussions on their love for street food. Now they consume so much mineral water that ’s drains are probably cleaner than the rivers. Valentines Day has become the most important harvest festival as millions of roses are sold to oversized couples during that day. Naturally, visit to shopping malls have become the most important pilgrimage as concentration of Hindu idols in these malls (a Ganesha or Lakshmi in every shop) far exceeds that in even the loudest temple. One shouldn’t be surprised if environmental activists such as Maneka Gandhi start campaigning for shopping malls to be declared as nature reserve for mannequins.

Every country goes through such phases. Fetish for dishwashers and washing machines defined middle class life in Europe and after the Second World War. But in some cases, the fetish has been interrupted by movements from over-exposed segments. The worldwide protests of 1968 were also linked to disaffection with consumerist culture. In places like , the alienated youth formed groups like the Baader-Meinhoff gang took extreme measures like bombing supermarkets. In , preparations have already been made to avoid such incidents. Most shopping malls have metal detectors at their gates and are manned by an army of security guards. But then of course, their key purpose is to keep away poor looking people from entering these malls.