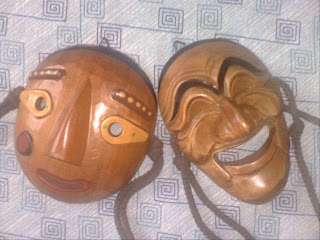 What can a country do when it doesn’t have great tourist attractions? Not all countries have easy picks like the Taj Mahal or Angkor, some don’t have a colonial history like to develop a blue whale of a museum like the Louvre. So tour operators in countries like Singapore or Seoul struggle to make a half day worth of an itinerary for which tourists would be willing to pay 30$. Some try to squeeze in tours of shopping malls like the tour of Galleria Department Store and COEX Mall in or the tours of ordinary Gem or jewelry stores as in and . Of course, tour operators will get a temporary reprieve as many such cities are setting up the largest Ferris wheel in the world, but that would also become unappealing as all cities have their own largest Ferris wheel of the world.

But all these tours of shopping malls are tiring for many backpackers, after all a Gucci or a Prada store anywhere in the world is hardly anything more than a protected reserve for bald mannequins. So having seen the de-militarized zone (DMZ) in my previous trip, what I consider as the only unique place in Korea worth visiting, I had little option but to check out usual touristy escapades in Seoul such as the Insadong arts and antiques street, the Gyeongbok palace, and a day of trekking one of the several small hills in and around Seoul.

At , most stores have very similar collections. The only unique ones are wooden masks of spirits. But one can see a few street-vendors selling objects of much desire during our childhood. An old man was selling spinning tops, another was selling watermarks. A bow and arrow sets with suction pads at the tip of the arrows got me excited, courtesy my hunter-gatherer genes. A store run by group of young people was drawing quite a crowd. When I was in their line of sight, they called me, eager to give a demonstration of how they were making Korean rice cakes. The group gave a synchronized demonstration and gave a running commentary of the process in Korean. But they immensely spiced up the simple process by making fun of us tourists; every four to six lines of Korean commentary would be followed by what they claimed as their English translation: “Oh my god, Wow, How do they do it?”

The next day I and a local friend went trekking a nearby mountain, all of 650 meters elevation. Quite a sizeable population from head of for trekking on holidays and our mountain was filled with old people, huffing and panting. Halfway through the route, a Buddhist monk was greeting everyone with his dog and a donation box. A man requested the monk to give some good advice to his teenage son. The monk asked the young man to get a hair cut and to have a more obedient looking posture while standing. At the peak, an old man was shouting asking for some alcohol from anyone who was passing by.

The Gyeongbok palace was the largest palace of the Joesun dynasty of , built around late 1300s. Today, the palace complexes have been taken over by children and unmarried couples who come in hordes on holidays to enjoy the lovely backdrop of behind the palace. Outside the palace complex, an elderly couple is selling cheap ice-creams. This is another sight that is so common across any tourist attraction around the world. And I don’t mind.