How should the Olympics evolve? 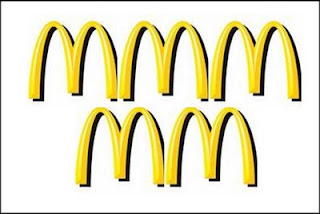 Many of the games at the Olympics are meant to test skills that would be useful in the ancient or medieval battlefield. Take javelin throw, shot put, wrestling, fencing, shooting, archery, boxing, etc. for example. The origin of marathon is believed to be an event when a Greek messenger ran a long way to announce the victory of the Greeks over the Persians. And several other sports test skills that would have been useful in an ancient age. Take pole vault for example, which is based on earlier practices of crossing over marshlands. All the same, most of such skills have become obsolete in the context of our modern world. One can argue that pole vaulting skills would still be useful in jumping over to higher floors in a crowded shopping mall without having to wait at the queue for escalator or elevator. But the fact is that many skills that are required to survive in modern life are not tested in the Olympics.

Therefore, here are my suggestions for new games that should be included in the Olympics to reflect better modern day realities:

25 meter hurdle race: A sprint distance of 25 meters followed by a hurdle up to half a meter high. This game would represent accurately our frequent dashes to leap on to a public bus.

Parking time trial: This event deserves to be the one for the grand finale, where a car has to find a parking spot as fast as it can in a maze of car filled parking lots having just one hidden empty lot.

Dig out the sale dump: Every contestant can be given an identical sale container as seen in shopping malls where the items on super-sale are heaped up. The athlete who can take out all the items the fastest while writing down the price of each item takes the gold medal.

Voting sprint: It’s time to give American Idol viewers the respect they deserve. The athlete who can vote the maximum number of times in a three minute time window takes the gold.

Window closing: An event that test the ability to close down say 100 application windows running in a laptop after the gun goes off (simulating arrival of the boss).

Of course, there is a case for many other events; Gaming, Competitive Eating and Air Guitar playing to name just a few. But first things first, given that the International Olympic Committee has time and again rejected ’s plea to have Kabaddi as an Olympic event, there is a case for the Indian Olympic Committee to change tactics and instead campaign for “1500 meter walk through flooded streets” to be included in the games. With urban floods being so common in most Indian cities, the extremely nationalistic Indian would then be sure of one gold medal.

I love the olympics and the evolution should be more focused on bringing nations together. i would love to see randomized doubles teams that cross national barriers. But as for the olympics as a whole, definitely a great olympics and a great closing ceremony! Here's what another blog had to say about it:
http://womenartmoney.blogspot.com/2008/08/my-olympic-heroes-part-4-pass-torch.html