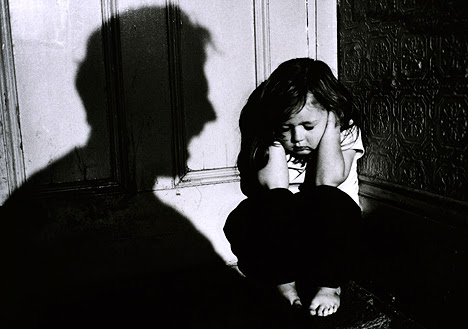 As I watched the recent Bond flick, “Quantum of Solace”, I wondered how people could appreciate such mindless depictions for two hours or more. The movie is little more than display of continuous violence, mostly at a computer aided speed faster than what eyes can respond to, with each violent section ending in a contrived situation where the hero, Mr. Bond, has a small window of advantage, leading to the death of the so far well-matched adversary of Britain, a minnow in global order of things only relevant when it comes to giving grand speeches in “Help Africa” kind of summits. So how can ordinary people, used to more momentous challenges of sticking out their necks at the optimal angle to catch some breathing space, appreciate such trash that can numb the frontal lateral cortex (area in the brain responsible for intelligence)? One can argue that movies like the James Bond ones provide all the cheap thrills: sex, violence, gadgets; in the right proportions, without the viewer losing respectability. What I mean is that if one were to engage in more specialized offerings like porn, violent video games or tele-shopping shows (they also have amazing gadgets), he or she would be labeled a simpleton or a pervert. Whereas, a viewer of Bond flick would gain instant respectability if he can recall the bond-girl in that old movie where Sean Connery used his nose snot to deceive the entire Soviet apparatus (didn’t he?)

But while sex and gadgets are understandable as being an obsession for most, do we all share an insatiable craving for violence as well? So are movies like the Bond flicks just another venue for indulging in vicarious experience of violence? Is the “Good beats evil at whatever cost” just a moral façade for our appetite for violence and the desire to indulge in it?

One just has to look at how we treat our children to gauge this. Hard spanking, twisting of ears, pinching, etc. are extremely widespread as a way for parents and teachers to deal with children, for crimes such as lying about simple things, soiling clothes or not studying hard, crimes for which no legal system in the world will ever hand out even the mildest sentence. You must have noticed the ghastly expression of fear in the child when she is about to be hit by an adult; you must have also noticed the lower level of stress in this particular adult after she has beaten the child. Such traumatic experiences tend to make a child believe that violence is acceptable and thus makes violence an intrinsic part of human nature.

Of course, as one becomes older, the individual’s ability to express violence is curtailed from his fear of greater violence by the state through its legal and security forces. Probably this desire to indulge in violence then finds expression through watching action flicks, indulging in video games, beating children or delivering violent morality-laden talk. One of the favorite phrases of middle class Indian’s remains “All politicians must be lined up and shot”. When there is a skirmish between Indian and Pakistani soldiers at the border, the first instinct is to find out which side suffered greater losses. For the newspaper reader, this game of numbers hides the misery behind each such death; the grieving mother, the orphan child, the hapless wife.

I am not saying that violence is completely undesirable under all circumstances. Imagine the life of a farmer who works like a slave labor for the landlord who has confiscated all his land by taking advantage of his illiteracy. The landlord pays him a pittance and also provides him loans at abnormally cruel rates to eventually get the services of this farmer and his future generations for free. The farmer can’t take recourse to law as the legislator and the entire judicial system is filled with the landlord’s cronies. In such a case, it is difficult to imagine how the farmer may not consider violence as an option for his deliverance. But as some would argue, when it comes to serious issues (not the earth-churning 007 sorts), violence does tend to over-simplify issues and divert attention and discussion from the very genuine issues for which the oppressed were struggling.

But most of us live much isolated from such misery. So violence remains a cherished but distant fetish for us. We discuss the brutal murder and torture techniques we saw in the latest blockbuster in the same style as we discuss Prada wrinkle-free suits. Just imagine your father trapped as an innocent by-stander in a car chase scene of any James Bond flick and you would immediately want 007 to stop, even if it meant cant have access to the largest stockpile of potato chips. Of course, many other people in the audience would have liked the scene to go on. But then, these peculiarities and contradictions are probably the things which make human beings so weirdly interesting.

"Hard spanking, twisting of ears, pinching, etc. are extremely widespread as a way for parents and teachers to deal with children, for crimes such as lying about simple things, soiling clothes or not studying hard, crimes for which no legal system in the world will ever hand out even the mildest sentence"

I do believe corporeal punishments are becoming less fashionable these days and in some countries, it is even seen as illegal. But in such cases, there's mental and emotional tormenting which can replace physical violence...

If watching Bond movies can satiate the human appetite for violence, I would rather people did that than wage meaningless wars!

Look at it on the other side. Some macabre people who have the nagging need to commit acts of violence. And only preferring security and peace is the answer to this all, hence the need for some entertainment, a vicarious thrill that they would otherwise have committed and lived, if not for own security. I'm talking about the likes of Dexter Morgan who have the urge for bloodbath, not those who likes it for the momentous thrill.

Thanks everyone for your comments. Sherene, Cheesy: you have argued that it's better if people restrict themselves to watching violent flicks which could prevent them from resorting to violence for real. It makes me wonder what might happen if we have an anarchist system (the Bakunin-Proudhon) sort in the world. Anarchists believe that leave people to themselves and their would be no violence since the violence inducing institutions such as government and churches wont be around. But will we still need a lot of Bond movies then?