The eyes of the dead 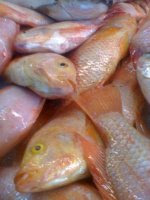 There’s something peculiar about a dead animal’s eyes, the one who has been custom made to fill our appetite. Our hunting and eating process may seem Gandhian in comparison to a pack of lions sucking the blood of a struggling Bambi. Even then, like a structured credit derivative, the supermarket shelves absolve us of feeling any remorse or second thoughts of eating a once alive animal by creating a light year between the moment of slaughter and the moment of purchase. Even in countries like India that are yet to fully succumb to supermarket invasion, the chopped pieces of meat are always packed in a black plastic bag to conceal its contents. But if you ever get a chance, do have a look at the eyes of the slaughtered, the one that lived its life and died for you, even though your country will never create a dumb nationalistic legend around it.

On one extreme are the eyes of a slaughtered chicken. Almost shut, covered by scalded skin, they look the most horrifying of all slaughtered animals. They carry with them the misery of a pogrom, an industrial genocide only approved by the human society because the proceeds go to form a platter of black pepper chicken.

On the other extreme, think about the dead lamb’s severed head. Its dead eyes, with their lids almost closed, typically strike a Buddha liked nirvana pose, but for the slow flowing streak of clotting blood. Overall, it gives an expression of content, having outsourced such questions as the meaning of life to humans, and sacrificed its life to realize its reason for existence, filling some floor space in our guts for a short while.

But the queerest are those of a fish. They typically have large foolishly startled eyes, their mouths gaping foolishly, as if they died in a state of utter surprise at how someone could even imagine eating them. What unfinished task did we stop them from pursuing?

Sir, you have the knack of sensationalizing an otherwise trivial issue. Nevertheless, the stupid look of the fish arises from the fact that the fish has no eyelids.