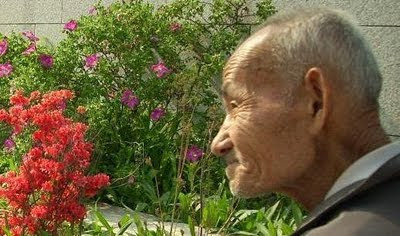 This is a picture I took in Seoul where an old couple was selling ice cream. The wife was playing the lead role while her much older looking husband (one in the picture) just gave her company. The idea of an old couple supporting in each other in this fashion is rather tender. But the circumstances that made them do this are probably not so. And this may be the future for most of us. Eventually, all governments will realize that pensions are unsustainable given declining fertilities and rising life expectations. So governments would rather spend on healthcare, the sorts that increase working age. But it would be immensely difficult to sustain brain power at old age by medical means. So governments would rather spend on sustaining the physical capacity to do work. As a result, the old would take up most of the physical labour or low skilled ones well into their 80s and 90s. Voters would love it as the old people from their own race would replace the much hated immigrants for doing these jobs. Governments would be delighted as they would then be able to do away with costly monthly pensions, spending just one-off from time to time on spine support, hip replacement, etc. As for the old, a maximum age for voting like the minimum age for voting would be institutionalized sooner or later (on same grounds of ability to make wise decisions). Hopefully for them, anti-depressants would go off-patent soon.

This is sad. But a reality we see in hawker centres and toilets now.