A trip to Bali 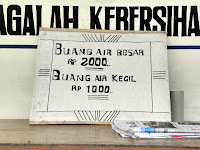 I had to take a break from continuing my series on cityscapes and The ABC of Human Condition owing to lack of ideas and an undeniable situation when I was running faster than usual in the rat race. So it was quite an opportune moment to do what many rats often do: take a trip to Hong Kong and Bali. I will not write about Hong Kong as it was a business trip carried out with the expected virtuosity of keeping it limited to offices and my hotel room garnished with room service delicacies, all in keeping with the capitalist version of asceticism imposed by a per diem regime. Neither will I write about the attractions of Bali in this age of wikitravel and Google image search. So this post is about my personal observations on Bali.

First of all, Bali is an amazingly versatile and dynamic place with several attractions catering to all forms of tastes all packed in an island a little fatter than Singapore. And this includes volcanoes, white sand beaches, black sand beaches, cultural performances, pleasures of the physical realm, shopping for high and low art, shopping for branded items and their knock-offs, to name a few. And the Balinese people are universally picturesque, with their weather beaten faces, colorful garments, and earthly activities. As every activity in the island is some way or the other related to tourism, most farmers end up doubling up as handicraft vendors, then tripling up as Kecap dancer, then quadrupling up as a guest house owner and then quintupling up as a private car driver. But that’s if he is one hell of a farmer. A significant proportion of Balinese end up on the wrong side of their omnipresent God’s favors and it is common to see very old women desperately trying to sell diminutive half rotten bananas, their minds not senile enough to negotiate a price, thus left to the market forces of mercy buying. All the same, there is at least one egalitarian aspect about Balinese life, and that is the proliferation of arts in the public sphere. Unlike most societies where arts have been the prerogative of the rich and mighty, in Bali, almost every house has a quaint garden with a water feature and a stone sculpture that soon develop mosses and thus antiquity. And the stylized manner with which the women pray to the Gods does cause a incurable atheist in me yearn to have something to do with divinity, just for the sake of humble grace in it.

Speaking of which, one can see offerings to Gods at every corner of corners. A Balinese probably spends a considerable part of his or her life praying and this means loads and loads of offerings which would have been an environmental menace if they didn’t consist of biodegradable substances. But before the Gods or microbes get a chance to relish on these offerings, the Balinese cats and dogs devour them with the devotional fervor of a Korean Christian. And these numerous dogs of Bali are the only sign of outspoken rebellion against this tourism enforced over-friendliness of Bali, shouting their hearts out whenever a stranger passes by.

Finally, while this entire obsession with religiosity may seem irrational to the likes of me, the Balinese have rather logically one big puzzle for mankind. They have accurately priced human waste removal, charging twice the amount for the big one as compared to the small one.

For some pictures of Bali, please check this link. And Cityscape and The ABC of Human Condition will return soon.

interesting reflection on the trip.

Loved reading it. A different perspective.