A short tribute to life till... 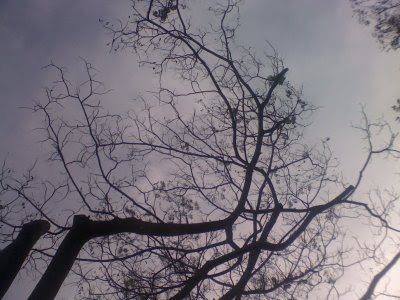 A few months back, after I had come back from a business trip, I found out that I had left behind my razor. It was my first razor and it was the only thing that had faith in me during my daily battle against the facial follicles. I don’t know where it lies now, whether it has been hammered out into something else in a recycling plant or whether it’s peacefully buried with dignity in a garbage dump. And what about the other mundane things that had no other choice but to support my existence for a long while? The pillow that I have using for the last 12 years; the shirts and pants of various sizes that I have worn over my entire life. And how many toothpastes have I used so far, how many potatoes have had to shed their reproductive spirit and how many chickens had to extend their neck below the butcher’s knife so that they could fill up space in my tummy? I have never bothered to count; but only they have been the most loyal and infatuated; existing only to serve my whims, sometimes lost, often disposed of when I had no further use of them. All the books I have read, I just remember the name of the author and the book's title. That's why Uncle Tom's Cabin is the best book ever. Because one at least remembers the lead character's name which is in the title itself, but then the authors name is hard to recall. And what about the things I really yearned for: that kid’s dress looking like a police uniform that I so craved for, but wore only for a day; that cricket kit which became useless after two years as I grew taller; that music system with two large speakers.

Weathering or exposure; it’s such a powerful force. It takes many millions of years for the breeze to convert a ragged mountain into a sumo wrestler. But for humans, it just takes probably seven days of eating ice cream daily to not have any yearning for it anymore. Society tried its best to keep my life interesting. It created religion with its joyous festivals and the excitement of judging every action from the perspective of inching towards heaven or hell. It created giant shopping malls with an all pervasive smell of butter popcorn right next to my house. It created nation states with their soccer and cricket teams to cheer for. And it created a production system that through its deliverables and timelines, annual reviews and job changes, tried to keep alive the childhood excitement of the reward-punishment structure of one exam after the other every few days. But exposure, some say overexposure got the better of all these. My ECG reading would still show crest and troughs, but everything else about me is becoming a straight line.

The lines from that Nine Inch Nail’s song:

I hurt myself today….to see if I still feel….you could have it all…my empire of dirt

But they don’t mean anything other than a self-serving exercise by Trent Reznor to write nice sounding sentences. The local government is asking me to consume more to help the local economy come out of recession. After all, our lives are only worth the present value of all the goods and services I and my offspring will buy from this moment onwards. But all these things I had bought and owned in the past; most of them have been now embraced by the soil or a spider web, a worthless pile. I will have the same fate someday; till then I will fill up the cart to do my bit for the human race.

do you think a recession is unlikely in a non-capitalist state? just wondering...

sentimentality with inanimate objects? how befitting a man who would use his ex-company's Economist password! but what good can it be if it can't be used by the next generation? probably you have to buy those indispensable ones for posterity. made by titanium perhaps and your grandchildren will curse you for such an obsolete technology.

"After all, our lives are only worth the present value of all the goods and services I and my offspring will buy from this moment onwards"

Our lives could also be worth all that we leave behind long after we're gone - the 'legacy', so to speak, that can be used to benefit people far removed from our time and space.