The accent of man 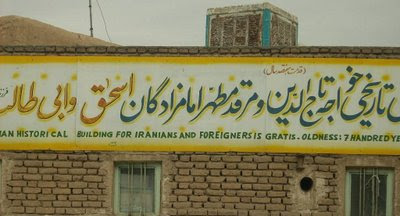 Marxists are often criticized for analyzing everything from the perspective of economic classes. Fairly so, because in today’s world, what determines a person’s socio-economic well being is not his class but his accent for speaking English. A “good” accent (good here means similar to native speakers in , US or Australia-NZ) can get you laid, ensure a successful career and a guarantee a long one way conversation with dates or clients. “Bad” accents can have immense geo-political consequences as well; some say the British punished the Bengalis by doing nothing during the horrendous famine of 1943 just to punish the Bengalis for always singing “God shave the queen”.

Such is the demand for “good” English accent that a huge industry for accent training has developed in call center countries like . Non English speakers can argue that it is all part of the grand scheme of the colonialists, the Anglo-Saxons, to ensure their hegemony over the world. After all, doesn’t it seem like a deliberate ploy to have different dictions for Dough and Tough?

So how do the 5 billion odd people in the world, whose mother tongue is not English, cope with this cultural oppression? While the blacks and the aborigines have had liberal movements supporting their cause, no one is even thinking of starting on “I have a dream” speech for “bad” accented people. And given that such a speech will by have to be delivered by someone who herself has a “bad” accent, its media success would be highly uncertain.

Some like the French and the Jamaicans have adapted rather well by marketing their accents as sexy and cool respectively. But what about the South Indians or the native Chinese whose accents are unlikely to be promoted by as sexy in the near future? They could probably wait for a few more decades when their growing population and rising educational standard would make YeMMM and Ffff the correct pronunciation of M and “th” respectively. But then, short cuts are available, the letters T and R being the preferred targets. Many South Asians convert their Ts into Tthhees when they want to feign an accent; similarly an R easily metamorphoses into an Arrrrrrrrrr. But such short-cuts can leave you circling forever at turnabouts.

One can argue that the non-native English speakers are just doing the Anglo-Saxons a favor by agreeing to speak in their language. But tell that to a Singaporean mother who would almost cane her child flat if he dared to pick up the Singlish accent in school. In the murky world of parenthood in , every rose has its thorn and every “lah” is rewarded with the child’s moan.

blame it on MTV. lingo, accent and pro-american acculturation has never been more pervasive.

Blame it on MTV. The accent, lingo and acculturation has never been more pervasive.

Have I told you that I was teaching a Sunday school kid who was the pastor's daughter, who reprimanded another for saying LAH because it's an alleged expletive?