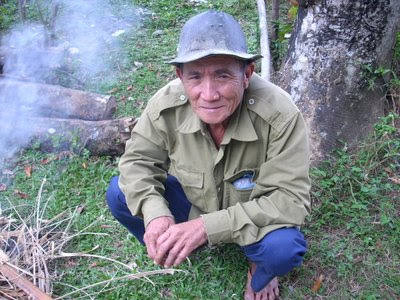 It’s always saddening to look at an old person. They are how we would be; hair white as salt, skin wrinkled like on miniature, posture stooping as a wilted tree. They remind us of the near certainty of having to live continuously with the diminished energy, the diseases, the coughs and the smells, the long time taken to commute between two places, the fading ability to remember things. And it’s a trip downhill till reaching the flat ground of death. Probably the worst part of ageing is the process of becoming more and more dependent on others; to get a seat in the bus, to cross the road, to lift up the food by a dozen inches, to have a few moments of companionship.This dependence gets worse for people, espescially in developing countries, who are don't have access to even basic social security let alone the money power to buy a few days of courteous behaviour in a resort.

Of course, old age also has its benefits; I mean the advantages of calmed sensibilities where nothing hurts as much as the things before, and the vanishing of a 9-6 schedule. Health and savings permitting, one can also indulge in favorite pastimes for a while before these privileges are taken away by the body’s answer to the species’ call of releasing all resources.

But when one looks at an old person; one can also see a sign of defeat; having given in to the species, having followed the biological clock as dictated by the species, giving birth, taking care of the offspring, and now obeying the harsh law of evolution that one should grow old and eventually die to ensure survival of the species as a whole. Of course, in the process, one also has to take in the humiliations of failures in career, the heartbreaks from unsuccessful relationships, and the claustrophobia of public transport systems. Add to that the uncertainty of whether you would be able to draw as much from the social security system as you had contributed when young and working. Such taken-for-granted things like a 6 centimeter high stair present an enormous challenge. And I always feel a sense of guilt whenever I overtake an old person while walking; after all, how would it feel to be constantly overtaken?

And if you think that is a distant future, just remember how today came so fast and the last second just vanished forever.