The Indian IT sector and the Kanda-Myojin shrine 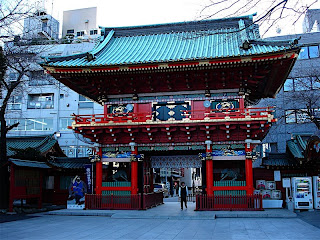 The unabashedly nationalistic and often simple-minded Indian newspapers are taking an uncharacteristic breather as Indian IT companies face the heat with the slowing world economy. These newspapers couldn’t prevent companies such as TCS from announcing pay cuts after it couldn’t achieve EVA targets in the third quarter. While industry is saying that there is no sign of downturn, they have quietly reduced the pace of hiring and are getting tougher on annual salary negotiations.

Real estate agents, who typically quote a “higher than market” price for any property, while selling one to any IT worker, are getting jittery. The marriage market is also expected to witness a correction and non-IT workers can now hope to get married finally. But on the whole, the country has never really appreciated the IT sector. The government avoided touching it and the common man without any IT connection typically derided IT sector workers as products of training institutes such as NIIT and Aptech.

Consider this: even though the IT sector has been growing in double digit years for so many years, most of our festivals still remain associated with agriculture. Indeed, all major Indian festivals are related to harvest: Lohri, Pongal, Onam, Bihu, Makar Sankranti, Baisakhi, etc. When will Indians start celebrating end-January as software firms receive new orders after the lean business month during the holiday season of December?

Similarly, there is yet to be a Hindu god for IT. IT workers have had to do with worshiping Vishwakarma (who specializes in machine tools) and Saraswati (specializes in general studies) in office. As such, it is highly uncertain whether these gods focused in other growing sectors of the economy can help support the IT sector in tougher times. At least, they have been a total failure in stemming the appreciation of the Indian currency. The responsibilities of the gods of the other major religions (that are monotheistic) are too broad to allow them to focus on the IT sector. Specialized gods are a must. One has to only see the performance of gods of Balaji studio to realize this; over years they have become real experts in solving the same problem: restoration of faces after plastic surgeries in Hindi tele-serials.

As such, we must learn from , the perceived star of anything to do with technology. At the famous Kanda-Myojin shrine, religious charms are available to specifically protect computers from viruses. Mass prayer sessions are often conducted at the shrine, where businessman can purify their computers from all evil and software glitches. Such a focused god is the definite need of the hour to help protect ’s IT sector. As for TCS employees, they must petition the Bacchan family and Amar Singh to include the Kanda-Myojin shrine as part of their temple itinerary to pray for better EVA next quarter.

Hi, this is with regard to your 2005 post on the easy availability of russian books in india.

I'm a journalist doing a story on the same. If it's okay with you, I'd like to ask you some questions and also quote some of what you've written in your post. You may contact me at girijaduggal[AT]gmail[DOT]com

I'd appreciate a reply as soon as possible.

Till a new god can be invented, I'd say that Lord Ganesha should stand in as official god of IT. After all, he was the first to use a mouse.